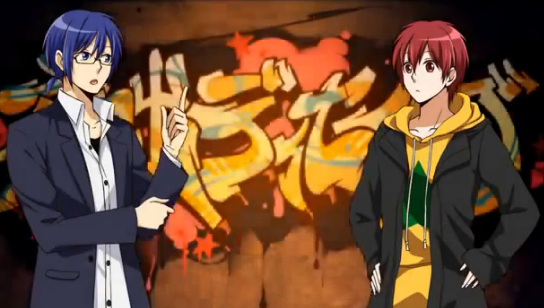 A&A is the duet unit between Aho no Sakata and A24. They are known for often taking the roles of Sakata Gintoki and Hijikata Toushirou in the anime Gintama when singing with voice imitations.