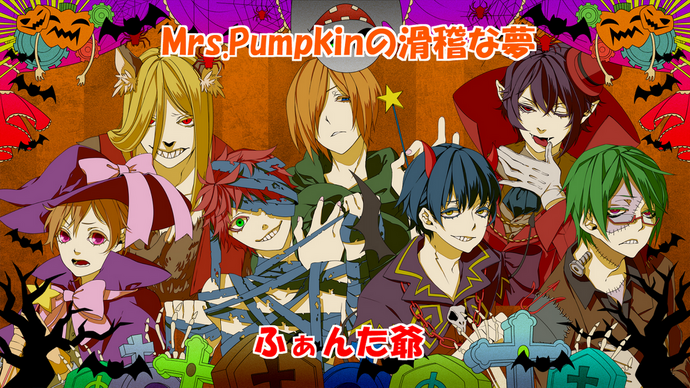 Fantajii as seen in their collab cover of "Mrs. Pumpkin no Kokkei na Yume"

S!N is known as the leader of the group.

S
Retrieved from "https://utaite.fandom.com/wiki/Category:Fantajii?oldid=140457"
Community content is available under CC-BY-SA unless otherwise noted.