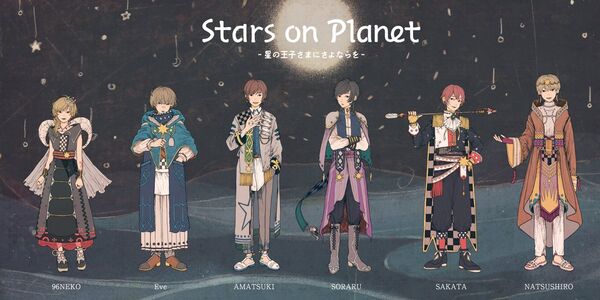 Stars on Planet, abbreviated to StaPla (スタプラ), is an annual concert originally formulated by ZimuinG held during the summer season. Originally starting in 2013, it has since gone on to have a consistent lineup of people throughout the years it was active.

The event is mostly a gathering of various utaite and composers, which also includes original songs composed for the event. Utaite most commonly seen for StaPla are Soraru, Natsushiro Takaaki, 96Neko, and Amatsuki, while in recent years the main lineup has also included Eve and Aho no Sakata. Many years other utaite are also present, but it is those four who have stayed consistent on the lineup.

2016 was the only year without a Stars on Planet event.