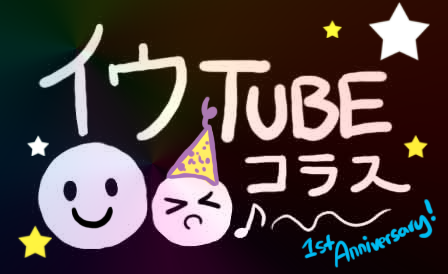 YTChorus Chorus Battle, short YTCCB is as the name implies, a chorus battle organized by the VOCALOID based chorus YTChorus which started August 14, 2010, as part of their one year anniversary special.[1]

The groups had to consist of at least 5 members, and any kind of genre was allowed.

The grand prize was the chorus to be uploaded on the YTC channel along with the Ending Ceremony video for the YTChorus Anniversary. Also, the group members got a chance to help the judges with the ending ceremony video.

The first prize as a short preview of the chorus to be added in the ending ceremony video.

The grand, first, second and third prize members all received a badge.[2]

The winner was announced to be Banana Kurimu, they also won the subcategory of "people's choice" - being voted the most - . There however where also other subcategory winners; The underdog award was won by Penguin★Beat with their cover of "Toki no Jewel Box", and the best animation went to ►VocaMania!◄ with their "Mousou Sketch" video, created by Yanovi, Aniki, Cherysh and Mystraven. Celestial Chorus with their "hello, see you tomorrow" won the category of the most improved video.

Retrieved from "https://utaite.fandom.com/wiki/YTChorus_Chorus_Battle?oldid=170940"
Community content is available under CC-BY-SA unless otherwise noted.